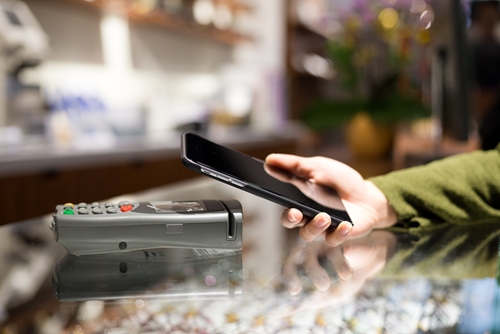 According to a study from JPMorgan Chase, consumers would be more than willing to utilize digital wallets, if more places to use them existed. However small businesses are ready to take on the challenge and upgrade their POS card processing capabilities to accept mobile payments in coming years.

Digital wallets allow users to have their financial and personal data digitized and encrypted on their mobile devices, according to How Stuff Works.com. The tools, sometimes referred to e-wallets, are intended to replace traditional wallets and can be used to make purchases via near field communication at applicable merchant terminals.

Companies of all kinds allow for digital wallet usage – from mobile hardware manufacturers like Samsung and Apple with digital wallets preinstalled on their devices, to financial companies like Mastercard, Visa and PayPal offering their own services to digitally store credit card data.

But according to the Chase report, most consumers are still unaware of the benefits and security measures involved with using digital wallets.

JPMorgan Chase commissioned the study in fall 2016 to examine how businesses and shoppers felt about digital payments.

"Most consumers are still unaware of the benefits and security measures."

Of the few surveyed that had previously used digital wallets, 69 percent said they preferred them to physical bank cards.

Forty-six percent of participants that never used digital wallets listed security as their reason why. Around two thirds said they lacked knowledge about the basics of the technology in general.

Helping consumers understand digital wallets is critical to future use of the technology. Educating potential e-wallet users on the security benefits of encryption, preventing cards from being lost or stolen and the recently developed biometric authentication can increase their willingness to adopt the tool.

Merchants are correctly positioned and prepared to handle improving public knowledge and use.

Thirty-two percent of consumers said they would use digital wallets if there were more locations that accepted them.

The small businesses surveyed anticipated the potential compliance – 50 percent of them said in five years, they will  install digital wallet readers and the majority of their payments will be accepted via the platform. Forty-one percent of consumers said the bulk of their purchases will be made through digital wallets over the same time period.

Small businesses also lower their risk for being victims to fraud and similar crimes through use of digital wallets. Utilizing the technology can make retailers and service providers more alluring and versatile than businesses that do chose not to.

To learn more about implementing effective credit processing software, get in touch with Cloud 9 today.